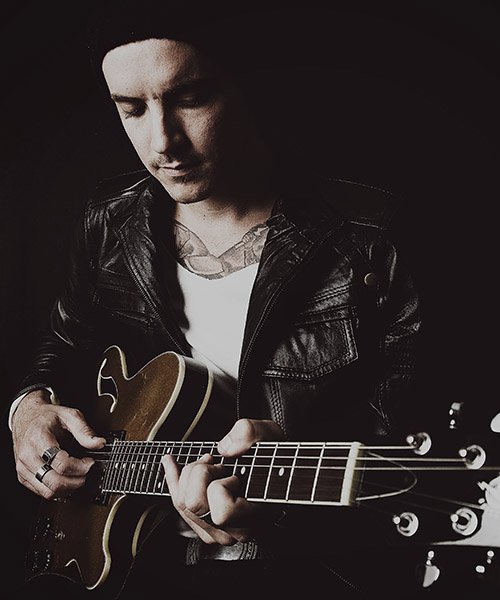 From his first radio hit in 2011, Love Song, to the Algoa FM chart topper, Silver Rocket Cadillac and Coming Home, Stuart Reece continues to wow audiences all over South Africa. His ingenious songwriting is enforced by his gentle Jack Johnson-like vocals, tasteful guitar playing and beautiful tone, and innovative use of guitar pedals

Stuart started playing guitar at the age of 13 and played for various bands throughout high school. In October 2010 he formed his own band and with money saved from waiting tables, recorded his first EP, Leave This Town, at Drop ‘n’ Roll studios with Bryan McLagan, founding member of The Finkelsteins. The EP consisted of 6 songs of which two made it onto national radio, with Love Song reaching number three on Algoa FM.

This surprise success inspired the recording of his first full length album, Chasing Shadows, which launched in April 2012. Both singles, namely Write About Us and Better Left Unsaid, were playlisted on national radio.

In June 2013 Stuart and his band headed into Drop ‘n’ Roll for a third time and recorded their second full length album, Storm, mixed and mastered by Paris Lucas. The album launched to a sold out crowd at the Athenaeum in Port Elizabeth in October 2013. The first and only single, Alright, also picked up national radio airplay.

In December 2013 Stuart relocated to Johannesburg and in March 2014 he recorded Falling for You with Marius Bouwer at Pop Planet Studio. The song was playlisted nationally and reached number five on Algoa FM.

Stuart has recently completed the recording of his latest EP titled Broke Down Beat Down with Jake Odendaal at Maven Productions. The first single produced there, Silver Rocket Cadillac, reached number one on the Algoa FM top 30 chart and was picked up by more national and regional radio stations than any of his previous singles. Coming Home, the second single was also picked up by Algoa FM as well as KFM in the Western Cape.

“Whether it’s music, art, business or sport, allow yourself to get absolutely lost in the what you want out of your life,” explains Stuart Reece.