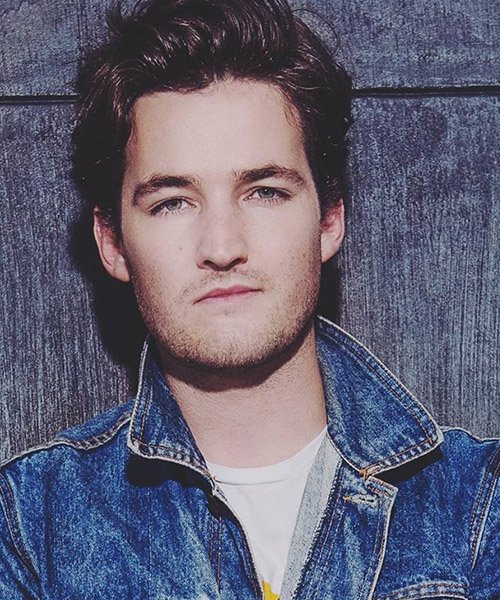 Michael is far from your regular, run-of-the-mill, schooled and bread musician. His story is different. Something penned straight out of the Hollywood-Underdog playbook. At the not-so-tender age of 17, Michael picked up a guitar for the first time. There was never any looking back and no denying his unbelievable talent. Songwriting came naturally for this John Mayer inspired guitarist and he soon found himself in Los Angeles, heart firmly pinned and exposed.

“I don’t think there’s enough soul in music anymore,” says the performer. “I don’t think there’s enough of that singer-songwriter-sincerity. You know… no gimmicks, just a story. I write all my own songs, for better or worse. They all come from a place I’m still discovering. I guess that’s why I’m so diverse in the way I approach songwriting. It’s never about conforming. Never. It’s all just brutal honesty and a guitar.” Michael

Forward three years and you get a 20-year-old Michael Lowman posting videos of himself, up on YouTube, performing some newly written song ideas. It was these fledgling songs that would catch the eye of LOS ANGELES record exec Scott Austin (formerly of Maverick/Warner Bros and Capitol Records). As the head of, at the time, independent record label, Authentik Artists, Austin was focused on recording emerging artists and securing film and TV placements for their songs, and was immediately captivated by Lowman’s sound. Risking everything and completely of his own steam, the brilliantly talented young singer-songwriter made his way over to The United States of America to set in motion a series of events that would, ultimately, kick-start his career in music.

During Michael’s time in The US, he recorded an EP with industry legend, producer Mark Needham (Fleetwood Mac, Chris Isaak and The Killers). Together, with the help of some incredible musicians and expert industry knowledge from Scott Austin, they pieced together a 6 track EP titled ‘In My Own Words’ – this would be Michael’s first ever recording.

The EP went on to do extraordinary things. To date, it has garnered a slew of T.V and FILM placements in the US, Canada and the UK. Many of which are still airing around the world. Perhaps the biggest of these being the use of Michael’s song ‘The One For You’ in a season finale of The Kardashians show ‘Kourtney and Khloe take Miami’ – the episode has since received several million views across the globe, all experiencing Lowman’s husky, tone-filled ballad in accompaniment.

It was these accomplishments, and more, that got the attention of the Major Labels. All of a sudden Michael had options and choices to make. Does he choose a quick fix route to the top or a slower, steadier, truer path? Showing a maturity beyond his years, a maturity that would most certainly elude an individual less at peace with his own destiny, he decided to come back to South Africa and sign with EMI Music. He calls it Paying His Dues.

“The worst thing I can do right now is to get ahead of myself. I still have so much to learn, so much more music to get out of my system before I can really, truly say that I deserve a shot at the big time. My time will come. I feel it so deeply. Just stay with me.” Michael

Since signing with the Major Label, Michael has exploded onto the South African music scene. He has played nearly every major festival and venue in the country and has had numerous hit singles. He has been nominated for a number of awards, including a SAMA (South African Music Award), an MK Award and an MTV Music Award.

Michael released his debut album, Crayon Boxes, through Universal Music  in 2013. He has since performed for and supported international stars like Tori Amos and UB40,  and also shared the stage with African Mega Stars Mafikizolo, when he was asked to open up the 2014 MTV African Music Awards ceremony. There is no denying that Lowman is one of South Africa’s most prized musical talents. It’s only a matter of time before the world starts making their claim.