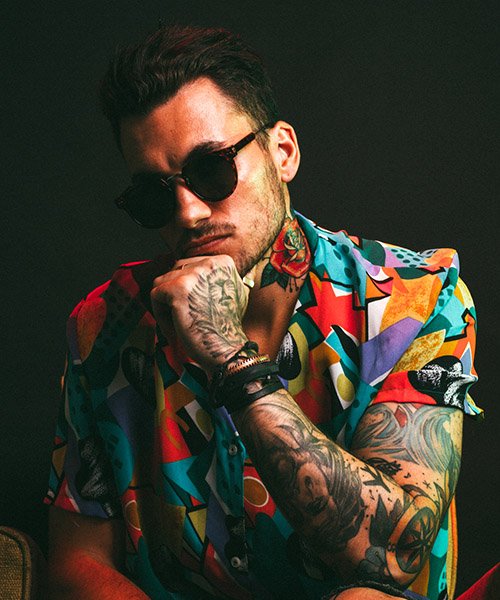 It was during his formative teenage years that Durban born singer songwriter and Producer Josh Wantie [pronounced ‘Von-Tee’], real name (Joshua Wantenaar) tapped into his love of guitar playing and lyric writing, fuelling his passion for making his own music. Josh’s ever-evolving live set-up is simplistic but profound as he blends influences of Electro beats and chilled folk vocals with huge productions to create a unique brand of Futurebass and Deephouse. Promising a unique and entertaining show that has earned him local and international touring with a successful UK tour in 2017.

Wantie signed to top independent label Gallo Record Company in late 2015 and soon after released his debut single ‘Go Under’ which peaked at #6 on the 5FM Top 40 and has been streamed over 90,000 times across various online platforms. Most recently ‘Go Under’ was used in an online KIA ad campaign with World Champ skater, James Kelly B : https://www.facebook.com/Kiamotorsworldwide/videos/10154369584722558

The video clip has received an overwhelming response with over 10.8 Million views in just 2 weeks! Signing to Gallo, Josh finally achieved a professional milestone he’d been chasing for so long. He then began to collaborate and write his own music with a large body of existing work. One of his most notable collaborations is the song he wrote and performed with FDVM. The single was recorded in France and has already had over 2.9 million streams on Soundcloud and close to 15 million on Spotify! Listen to the track here: https://soundcloud.com/fdvm/fdvm-feat-josh-wantie-brightest-light

He also has released a number of succesfull singles with The Kiffness, DJ Qness and Sa5h that have charted on local radio. ! He also has a number of originals and collaborations in the works for 2018, including another EP in Feb.