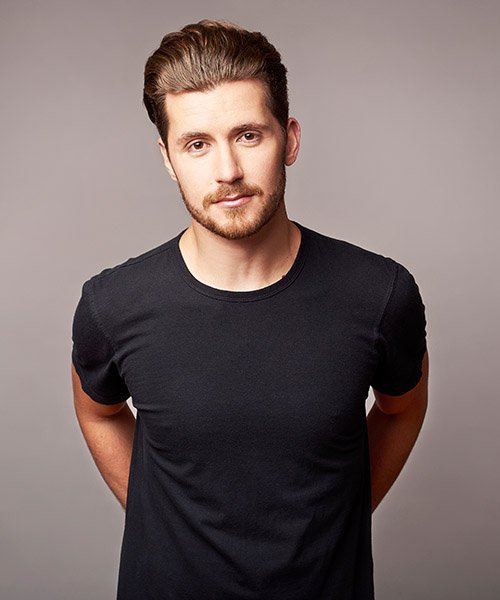 Connell Cruise knows how to connect with an audience. The South African singer-songwriter has a smile to brighten any room and an attitude to match. Charismatic and modest, Connell has a boyish sense of curiosity and a love for life that has seeped into his music. He writes energetic, catchy songs that exude positivity and maturity and says that, “just to be able to make music – that’s the most incredible dream.”

Despite his bashful charm, Connell is no stranger to success. After being discovered locally by David Gresham Records, he released his South African debut in 2013 and received three South African Music Award nominations the following year. In early 2014, a beautiful cover version of Avicii’s hit Wake Me Up landed him the #1 spot on the South African iTunes charts. “It’s been only a short while” he says of his success, “and it’s all been so incredible. I feel so lucky”

But Connell isn’t just lucky – he’s talented too. In April 2014, a social media frenzy surrounding the iTunes release of his single Into the Wild attracted the attention of iconic global label Island Records and led to Connell moving to New York City. Working with a cast of renowned collaborators including Ido Zmishlany (who wrote Shawn Mendes’ smash hit Life of the Party), One Direction hit maker John Ryan, fellow singer-songwriter Teddy Geiger and American Authors member James Shelley, Connell (having just released his debut international EP) is writing and recording an upcoming Album.

Connell was born in a suburb of Johannesburg to a very musical family. His grandmother, a well-known performer in Spain, had each of her grandchildren learn a performance art at a young age. “It was a kind of rite of passage for us,” he remembers. “My grandmother loved music and performance and wanted us to experience that rush as well.” For Connell, she selected the piano; classical training began on his fourth birthday, and years of practice would eventually earn him a qualification from Trinity College, London.

Growing up in his tightknit household, Connell was exposed to a wide variety of musical genres and styles. On a given day his family would listen to countless different types of music: his grandmother’s Spanish flamenco would play followed by Nat King Cole or Bing Crosby and then Sting or Supertramp. “It was a musical melting pot,” he says fondly. This blending of styles helped Connell’s music evolve into a fresh, multi-faceted pop sound.

Infectious instrumental riffs and accessible lyrics highlight the pop sensibility of his tracks. His songs are catchy, but also memorable on a deeper level. Connell manages to incorporate the nuances of the various genres he grew up loving along with the rhythms and sounds so essential to South Africa’s rich musical heritage. “I never really realized how special it is” admits Connell about his native land. “There are 11 official languages and so many distinct cultures – it’s amazing to hear all the different dialects and witness how different groups approach life and music.” After leaving home and moving to New York City in July 2015 Connell says he’s really come to appreciate growing up in such a dynamic environment.

Into the Wild features African-inspired drumbeats and background vocals that are both playful and powerful. His vocals shift from intricate belts and trills to smooth, simple phrases. He pulls back at just the right moments, never detracting from the melody or lyrics. The song is anthemic in its message: dive in, take risks, enjoy life. It’s a credo Connell lives by.

While personal experiences inform his lyrics, Connell also seeks inspiration from his immediate surroundings. He frequents coffee shops and shopping malls and listens to bits of conversations. “It’s so interesting,” he says. “There will be a couple breaking up at one table and at the next someone talking about finding true love. I enjoy seeing how people deal with this crazy, beautiful life. I aim to capture that and put it to music.” This process has led Connell to become a true Romantic. He believes in magic and is constantly writing or doodling in the notebook he never leaves behind. Ultimately, says Connell, “I write about girls and how I’d like them to feel about me.”

The last year has been a wild ride, but Connell remains humble and grounded. He writes songs with his friends back home and still enjoys the challenge of learning classical pieces. He’s excited for the future, but is making sure to stay in the present. “I’m enjoying every minute,” he says. “I promise to really make the most of every second.”